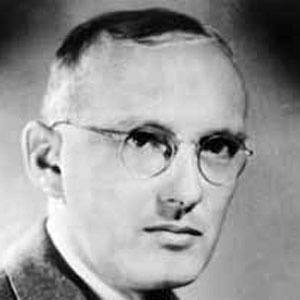 American physicist and radio engineer who, in August 1931, discovered radio waves, which he later determined were emanating from the Milky Way. Because of his revolutionary work he is often referred to as one of the founding fathers of radio astronomy.

After college he went to work at Bell Labs, charged with figuring out a way to minimize the static interference that clogged up voice radio transmissions.

In tracing the sources of static, he found two of them came from thunderstorms, but a third one was apparently originating from the constellation Sagittarius.

He was born in what was then the Oklahoma Territory and his father Cyril M. Jansky the dean of the University of Oklahoma College of Engineering.

James Van Allen was another prominent astronomer, who helped discover the radiation belts encircling the earth, which came to be named after him.

Karl Guthe Jansky Is A Member Of