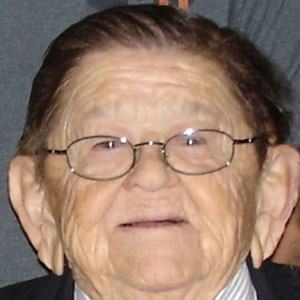 Actor who was one of the last four remaining Munchkins from The Wizard of Oz at the time of his death in 2011. He also appeared in They Gave Him a Gun and The Terror of Tiny Town.

His father sent him to work for a traveling midget show when he was only nine years old, and after a few years with the group, he moved to the United States.

He appeared in films such as The Terror of Tiny Town, Block-Heads, and Bringing up Baby.

Neither of his parents had dwarfism. His father was 6'6" tall and his mother was only a few inches shorter.

Karl Slover Is A Member Of