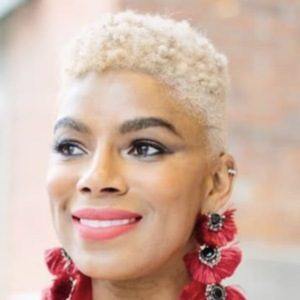 Leadership coach, founder and host of SisterTalk, which is a leadership network for women. She also coined the term "Elephant Story," which is a women's most vulnerable story. She wrote her own book titled The Love Journal Setting Yourself Up for Success.

She worked at Scotiabank for over 11 years after migrating to Toronto.

She has owned her own clothing line, Bellemoun.

She is originally from Saint Lucia, in the Caribbean, but migrated to Toronto in 2003.

She has been featured numerous times on the Oprah Winfrey Network, including with Oprah and Brene Brown.

Karlyn Percil Is A Member Of