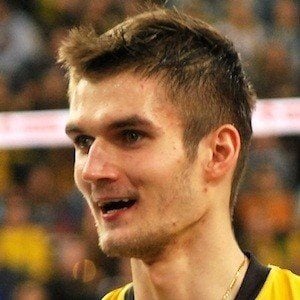 Middle blocker who was a standout player on Poland's FIVB World Championship-winning team in 2014. He has played club volleyball for squads like PGE Skra Bełchatów and represented his home country at the 2016 Summer Olympics.

He graduated from the Metro Warszawa youth academy and grew up a huge fan of the Legia Warsaw soccer club.

He won the Best Middle Blocker award at the 2014 FIVB World Championship.

His parents are Halina and Sylwester Kłos.

He was teammates with Bartosz Kurek on the Polish national team at the 2016 Summer Olympics.

Karol Klos Is A Member Of