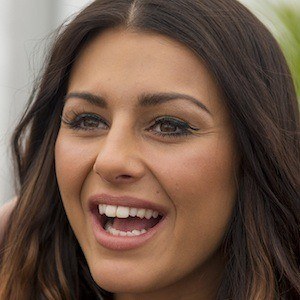 Singer who represented Ireland at the Eurovision Song Contest in 2014 in Copenhagen, Denmark. She performed the song "Heartbeat."

In 2008, she began her career in music by successfully auditioning for the Irish girl band, Wonderland.

The video of her performance with the Irish group Can-Linn was uploaded to the Eurovision Song Contest's YouTube account on May 8th, 2014. Since its uploading, it has garnered more than 300,000 views.

She was born and raised in Dublin, Ireland.

She was a member of Wonderland alongside Jodi Albert.

Kasey Smith Is A Member Of