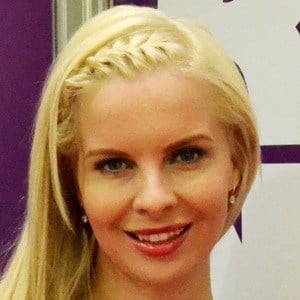 She studied Social and Mass Communication at the University of Jan Amos Komenský in Prague.

She appeared on the TV series Český žurnál in 2014.

She has a sister named Adéla Blažková. She was married to hockey player Martin Tuma from 2010-2012. She has a daughter named Claudia.

Like Leos Mares, she's also a TV host born in the Czech Republic.

Kateřina Kristelová Is A Member Of