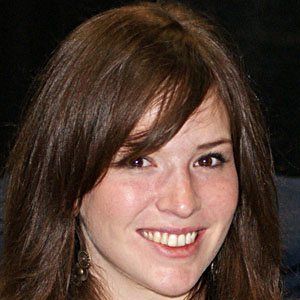 Creator of Hark! A Vagrant, a webcomic that features MS Paint-drawn fictional characters as well as figures from history.

She earned a Bachelor of Arts degree in anthropology and history from Mount Allison University in 2005.

She won the 2009 Doug Wright Award for Best Emerging Talent for her self published work Never Learn Anything from History.

She was born in Nova Scotia and was raised in Mabou, Cape Breton.

She drew a comic titled "The Origin of Man" for Charles Darwin's 200th birthday.

Kate Beaton Is A Member Of