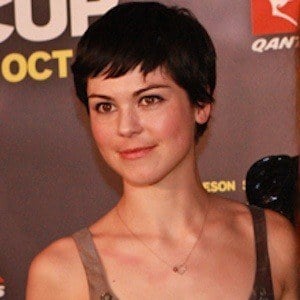 Known for her recurring and guest star roles in such popular Australian television series as Home and Away, Blue Water High, and Neighbours, she also acted in a 2009 film titled In Her Skin.

Early in her career, she appeared in a 2006 Australian film version of the classic Shakespeare play Macbeth.

Actor Khan Chittenden played her on-screen love in both Blue Water High (television series) and In Her Skin (film).

She studied theater and film at The University of Wollongong in her native New South Wales, Australia.

In April and May of 2010, she played Naomi Lord, the romantic interest of Sam Clark's character Ringo Brown, on the popular Australian soap opera Neighbours.

Kate Bell Is A Member Of