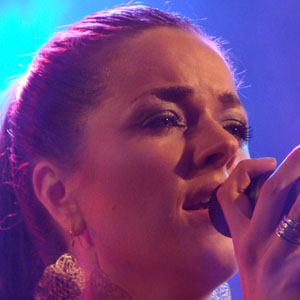 Danish singer who was a vocal coach in the seventh and tenth season of the German edition of Popstars.

She took lessons in singing, piano and dancing when she was a child and was accepted into the Danish Radio Girls' Choir at twelve years old.

She participated in the 2013 Danish National Song Contest.

She was born to an English mother and Danish father. She was once engaged to the singer Ben, but the couple called off their engagement.

Like her, Lina Rafn is also a Danish singer.

Kate Hall Is A Member Of