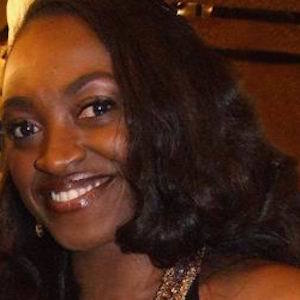 Television and film actress, activist, and politician, she has starred in over 40 Nigerian or Nollywood films. In August 2015 she announced that she was running for a seat in Nigeria's House of Representatives.

She studied medical microbiology at Lagos University Teaching Hospital and went on to work at the Bauchi State General Hospital. In 1993 she switched gears when she auditioned for the film When the Sun Sets. They offered her the leading role and she hasn't looked back since.

She won an Africa Movie Academy Award for Best Actress in a Leading Role in 2008 for her film Stronger Than Pain. She is also a judge on Nigeria's Got Talent. She decided to enter the political sphere in 2015 because she wanted to change the way her hometown of Calabar in Southern Nigeria was represented in the House of Representatives.

She was married to Roderick James Nuttal for 12 years before their mysterious split. Media reports all suspect that he cheated on her. They had one daughter together, Gabrielle Nuttal.

She is an actress turned politician, much like Terminator star and governor of California, Arnold Schwarzenegger.

Kate Henshaw Is A Member Of