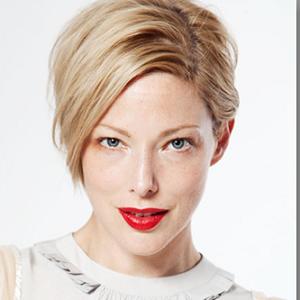 Known as the first plus-size fashion model to be the face of a Gucci campaign and to be photographed for the American version of Vogue magazine, she also participated in numerous runway shows for the Elena Miro label.

In her late teens, she was a finalist in the 1991 Elite Look of the Year competition; this ranking earned her an Elite Model Management contract.

Though she rejected an offer to attend the University of California, Berkeley in favor of pursuing modeling opportunities, she later earned degrees in political science and international development from, respectively, the University of St. Thomas and Harvard University.

She and her brother grew up in Washington, D.C. and San Diego, California, as the children of a teacher mother and a scientist father. She married Gabe Levin in late 2008.

She and fellow plus-size model Crystal Renn both appeared in a 2009 nude photo spread in Glamour magazine.

Kate Dillon Levin Is A Member Of