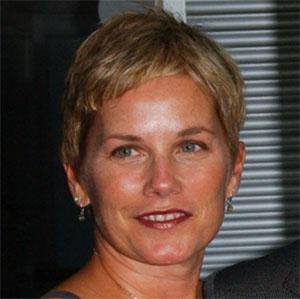 Actress who starred on the soap opera As the World Turns from 1981 to 1985. She also made guest appearances on such shows as The X-Files, Designing Women, Veronica Mars and Murder, She Wrote.

She received her Master's in special education from Cal State Northridge.

She played the lead in the 1980s horror films The House on Sorority Row and Monkey Shines.

She married Roy Friedland in 1987 and she has two children.

She made an appearance in the 2000 Clint Eastwood film Space Cowboys.

Kate McNeil Is A Member Of