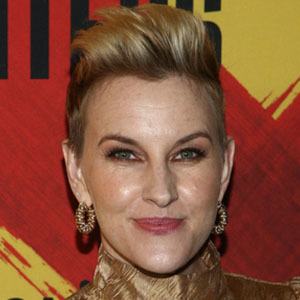 Award-winning playwright and actress who won the Philip Parsons Young Playwrights Award for The Seed. She also won the Helpmann Award for Best Female Actor in a Play for her part in Richard 3. On screen, she appeared in the 2013 movie The Great Gatsby and in the 2020 TV series Hunters.

She was diagnosed with a Wilms's tumor at the age of two and spent much of her childhood in the hospital. She earned a Bachelor of Arts from Curtin University.

She was made an OAM, an Order of Australia.

Her father, Danny, served in Vietnam. Her mom, Glenys, was a schoolteacher. She married Hamish Michael in 2015 after having previously been a partner to Mark Priestley.

She starred in Hunters alongside Al Pacino.

Kate Mulvany Is A Member Of