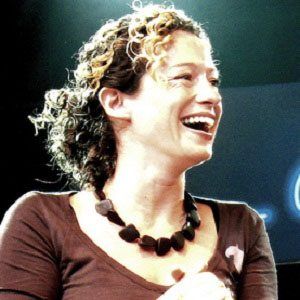 One of the most well known British folk singers of her generation, she released the number two-ranked UK indie folk album Awkward Annie (2007) and numerous other solo recordings. She also scored a top ten UK singles hit with "All Over Again," a duet with Ronan Keating.

In her early years, she fronted a Celtic band called The Poozies and went on to record with her friend and fellow folk vocalist Kathryn Roberts. Rusby released her debut solo album, Hourglass, in 1997.

In 1999, she was nominated for the Mercury Music Prize for her album Sleepless. She also performed with a folk band called Equation.

A native of Barnsley, England, she grew up in a musical family. After divorcing Scottish musician John McCusker, she married Northern Irish guitarist and banjo player Damien O'Kane and welcomed daughters named Daisy and Phoebe.

Kate Rusby Is A Member Of