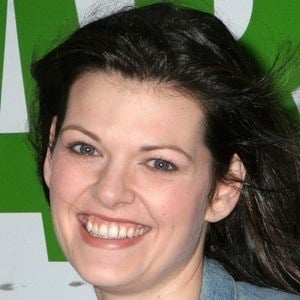 Pageant queen turned actress, singer and dancer who performed in the Broadway productions of Jekyll & Hyde (1997), Cabaret (1998), Legally Blonde (2007) and Wonderland (2011). She was also seen on national tours of Cabaret and Fun Home.

She earned the title of Miss Illinois 1997 and Miss America 1998. While competing in the pageants, her cause was AIDS activism.

She authored a 2014 memoir called Being Miss America: Behind the Rhinestone Curtain. She was elected to serve as the President of the Actors' Equity Association in 2015.

Born in Ohio and raised in Brigantine, New Jersey, she would head back to the Midwest to attend Northwestern University as a double major in sociology and theater.

Film credits of hers include Lucky Stiff, The Stepford Wives and Capote, the latter of which starred Philip Seymour Hoffman.

Kate Shindle Is A Member Of