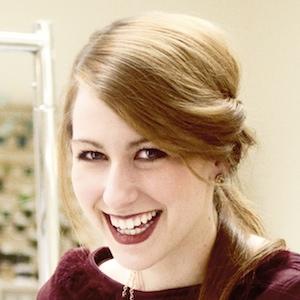 More commonly known as Kate Pankoke, she was a contestant on both season 11 and 12 of the Emmy award winning show Project Runway who is the designer and creative director of her company, Elaya Vaughn Bridal.

She graduated from Florida State University with a Bachelor of Science degree in Apparel Design and Technology. She launched her bridal line after relocating to Chicago from Florida in 2011.

She was born in Eau Claire, Wisconsin and relocated to Parkland, Florida when she was 3 years old.

Katelyn Pankoke Is A Member Of