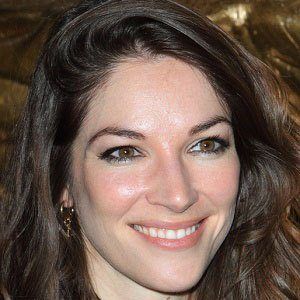 English magician and mentalist whose television show Katherine Mills: Mind Games debuted in 2014. The show made her the first female magician ever to star in her own television series.

She was born in the town of Ascot in Berkshire, England and studied Social Psychology at Loughborough University.

She won a BAFTA for her work on the CBBC series Help! My Supply Teacher's Magic.

Her father Bob died of a heart aneurysm when she was 17 years old.

She was inspired to seriously pursue magic after meeting magician Steven Frayne, a.k.a. Dynamo.

Katherine Mills Is A Member Of