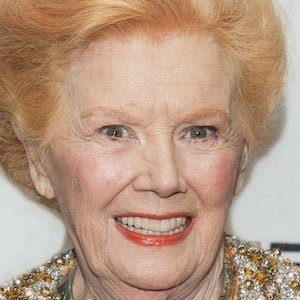 Emmy nominated actress best known for her role as Kate McCoy of The Real McCoys. She was elected the very first female president of the Screen Actors Guild.

She starred in the original Broadway production of Peter Pan as Wendy and also had a regular role on the sitcom Jamie.

She guest-starred in several high-profile shows including Gunsmoke, Bewitched, and Murder, She Wrote.

She was married to Richard Steven Heckenkamp from 1962 until 1965.

She appeared in an episode of Ally McBeal, starring Calista Flockhart.

Kathleen Nolan Is A Member Of