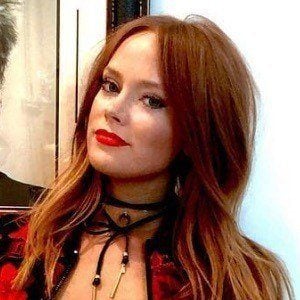 Reality television personality most famous for being a cast member on the Bravo reality series Southern Charm. She has also done some modeling work since the series' premiere and has appeared in publications like Azalea magazine.

She was born in Charleston, South Carolina and grew up on her family's plantation in Berkeley County. She began modeling at age 14.

She is a descendant of John C. Calhoun, who served as Vice President of the United States under John Adams and Andrew Jackson.

She and Jenna King are two of the stars of Southern Charm.

Kathryn C. Dennis Is A Member Of