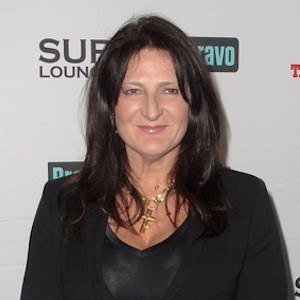 Television show host and professional interior designer who is widely recognized for her work on the Bravo reality series Million Dollar Decorators. Within her industry, she was considered to be one of the most influential interior and textile designers in the world.

She worked as an actress and filmmaker during the early 1990's.

She has published several books including Timeless Interiors.

She was raised in the United Kingdom but relocated to the US in 1986. She has three sons.

She has an extensive celebrity client list and has worked with Julia Louis-Dreyfus and Steve Martin.

Kathryn Ireland Is A Member Of