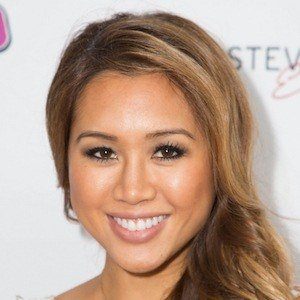 Model, actress, and standup comedian who has been seen at venues like The Laugh Factory and more. She has also starred in films like Valentine's Day and modeled for magazines like Maxim.

She began her career as a model at the age of twelve. She later earned a degree in psychology and a Master's in counseling from Loyola Marymount University.

She is the founder and designer of the sportswear line Revien Activewear. She has also designed women's skate gear for Maloof Money Cup.

An insanely popular Instagram comedian, she has worked with stars like Lamont Holt and Dallas Wade on humorous sketches.

Kathryn Le Is A Member Of