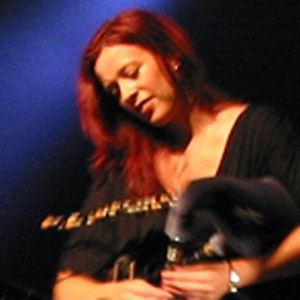 Accomplished folk musician known for her work on the fiddle and the Northumbrian smallpipes. Between 1984 and 2012, she released over ten albums, including On Kielder Side, Borderlands, and The Gathering.

She was featured in a 1987 television documentary.

She was deemed Musician of the Year for the Folk Awards presented by BBC Radio 2.

Her musician father, Mike, was an important influence on her musical development.

She and Peter Knight both performed in the folk music genre.

Kathryn Tickell Is A Member Of