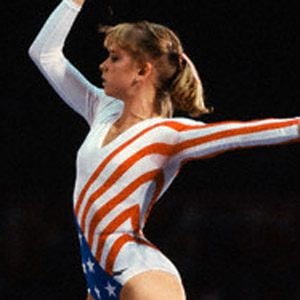 American artistic gymnast who won a silver and bronze medal for the United States at the 1984 Los Angeles Summer Olympics.

She made her first National Championships appearance four years after being introduced to gymnastics at age 12.

She has done gymnastic commentary for ABC and ESPN after retiring from gymnastics.

She had sons named Sean and Cary with actor .

She and track and field star Carl Lewis both brought home medals for the United States at the 1984 Olympics.

Kathy Johnson Is A Member Of