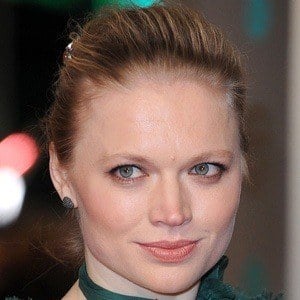 Model who has worked with Chanel, Valentino, and Calvin Klein. She made her film debut in 2016 in the adaptation of Our Kind of Traitor alongside Ewan McGregor.

She was spotted by modeling scout Guia Jikidze at 14, which led to her appearing on the cover of Jalouse.

Her great-grandfather married Vladimir Lenin's sister, and her grandfather was a former head of the KGB.

She married Blair Metcalfe. Her sister, Alisa, was a contestant on the Russian adaptation of America's Next Top Model.

Katia Elizarova Is A Member Of