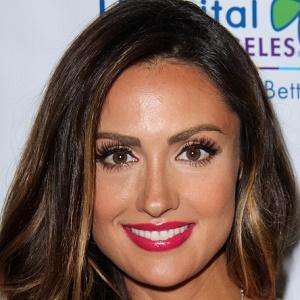 Model and actress who originally found fame through her appearance on the first season of the reality modeling series America's Next Top Model. She later worked as a model on the game show Deal or No Deal and appeared as an actress on television series like Heckle U and Chuck.

She was born and raised in Chicago, Illinois. She went to a liberal arts college in Wisconsin on a track scholarship while working part-time as a model.

She is known for her animal rights activism, having founded the organization Peace 4 Animals and producing the award-winning 2014 animal issues documentary Give Me Shelter.

She appeared with show winner Adrianne Curry on the first season of America's Next Top Model.

Katie Cleary Is A Member Of