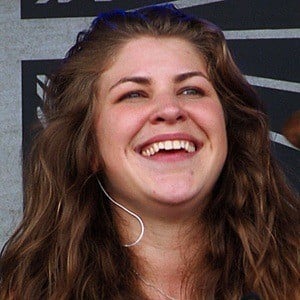 Female drummer of the Ohio-based metalcore band Dangerkids. They're known for their debut record, Collapse. They're also popular for hits such as "We're All In Danger," "Paper Thin," and "Destroy Yourself."

She and Dangerkids formed in 2012 after meeting through other local bands in the Dayton area.

She and Dangerkids have toured with the band Ghost Town.

She hails from Columbus, Ohio.

She's been most inspired by dummer Aaron Gillespie.

Katie Cole Is A Member Of