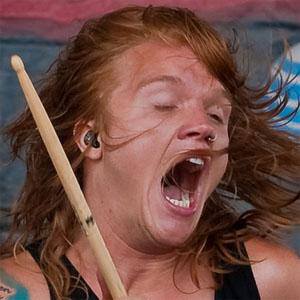 Drummer and vocalist for the metalcore band Underoath who later joined The Almost as the lead singer and rhythm guitarist.

A devout Christian, he picked up playing the drums at church and was encouraged by one of the church members.

He had to have emergency surgery on an infected thumb while on tour.

He was born nearly blind in his left eye in Clearwater, Florida, into a religious family. He married Jamie Anne Robertson in 2006.

He worked with the Billy Graham Association's FM419, an annual event that trains its participants to share their faith.

Aaron Gillespie Is A Member Of