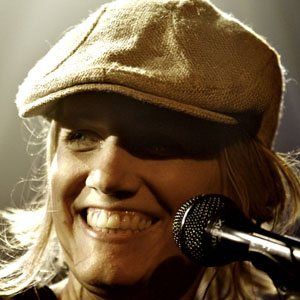 American singer-songwriter best known for songs like Watch Them Fall, which was featured on the WB series Smallville.

She graduated from the University of Colorado at Boulder with a bachelor's degree in journalism in 2000.

She wrote the song Heaven's My Home, which was nominated for a Grammy Award for Best Country Performance ijn 2007.

She comes from a highly musical family. She grew up with a sister.

She has toured with the band The Fray, led by singer Isaac Slade.

Katie Herzig Is A Member Of