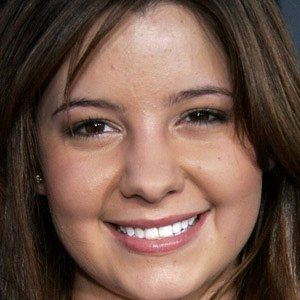 Film actress known for her role as Christina Beardsley in the film Yours, Mine and Ours. Her television credits include Just For Kicks, Without a Trace, and Medical Investigation.

She was born in Hawaii and took acting, dancing, and singing lessons while growing up.

She starred in a Nickelodeon series called Just For Kicks, which was produced by Whoopi Goldberg and lasted only one season.

She appeared in the film Eagle Eye with Shia LaBeouf.

Katija Pevec Is A Member Of

Sleepover
Yours, Mine & Ours
33 Year Olds
Movie Actresses