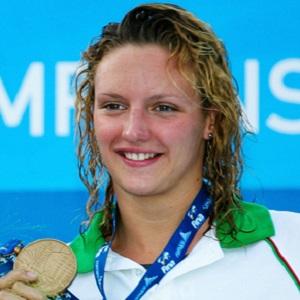 Swimmer from Hungary who has dominated the competition at events like the FINA World Championships and LEN European Aquatics Championships. She was named Hungarian Sportswoman of The Year in 2009 and 2013.

She has broken both the 100 meter and 200 meter world records multiple times.

Her father is Istvan Hosszu. She married Shane Tusup in 2013.

She and fellow Hungarian Krisztina Egerszegi are both European Champions in the women's 100 meter backstroke.

Katinka Hosszu Is A Member Of