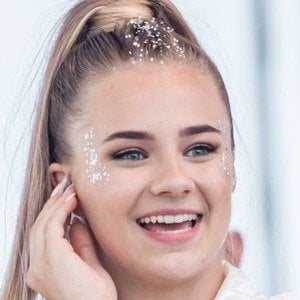 Young acclaimed entertainer with a huge YouTube presence in addition to being a personality for RadioKidsFM. She has more than 5 million subscribers on YouTube and 6 million followers on Instagram.

She was not even double digits in age when she began to make a name for herself.

She was named Blogger of the Year by the Devichnik Teen Awards in 2017.

She has a couple of siblings.

She and singer Sofia Tarasova both won Devichnik Teen Awards in 2017.

Katya Adushkina Is A Member Of