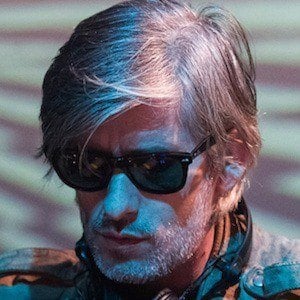 House music DJ who has been active on the deejaying, house, and club scene for years but finally gained mainstream prominence after his song Nightcall was featured in the title sequence of the 2011 film Drive.

He spent many years as an actor before entering the French music scene in 2005. He made numerous EPs before releasing the studio album OutRun in 2013.

OutRun was not just an album, but also released a phone app game along with the album. He was ecstatic when actress Milla Jovovich posted a selfie picturing herself wearing a sweatshirt featuring the album and apps logo on Instagram.

He has lived in Paris with his pet dog named Jaws.

He has toured with French house duo Daft Punk, made up of Thomas Bangalter and Guy-Manuel de Homem-Christo, due to their similar sound.

Kavinsky Is A Member Of