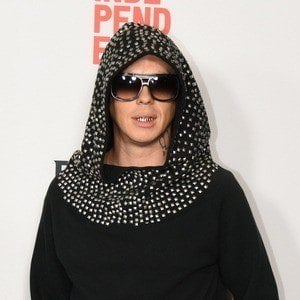 DJ for the metal band Slipknot who became publicly known as #0, Ratboy, and DJ Starscream. His hit tracks include "Before I Forget," "Psychosocial," and "Wait and Bleed."

He was raised in both England and Iowa, and developed an eclectic taste in music by watching MTV.

He has built a large following outside of Slipknot in Japan, performing under his DJ pseudonym, DJ Starscream.

His parents are originally from the English cities of Nettlebed and Portsmouth. He made an Instagram post with his mother for Mother's Day 2021.

Sid Wilson Is A Member Of