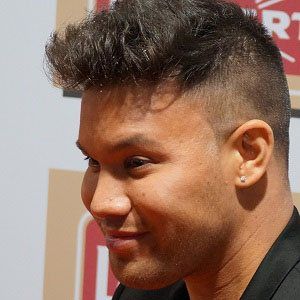 Born Kenneth Glockler and known to his fans as Kay One or Prince Kay One, this German rapper recorded four albums between 2010 and 2013: Kenneth Allein Zu Haus, Berlin's Most Wanted, Prince of Belvedair, and Rich Kidz.

He started freestyle rapping at the age of thirteen and began recording under the Royal Bunker label at age seventeen.

Around 2012, he was involved in a feud with his collaborator and fellow German rapper, Bushido.

Born to a Filipina mother and a German father, he and his older brother grew up Friedrichshafen and Ravensburg, Germany.

He and Paul Wurdig, a.k.a. Sido, are both well known German rappers.

Kay One Is A Member Of