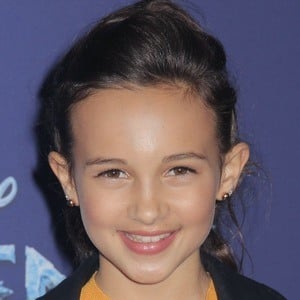 Child star who landed her breakout role as Blair in the Disney series Just Roll With It.

She was in a High School Musical play when she was five or six years old. She did community theater with Performing Theatre for Young Artists.

She previously appeared on the Fox comedy show The Mick. She guest-starred in an episode of One Day at a Time.

She has two older brothers named Ashton and Justin and her mom's name is Shalene Hayman.

She starred alongside Ramon Reed in the show Just Roll With It.

Kaylin Hayman Is A Member Of