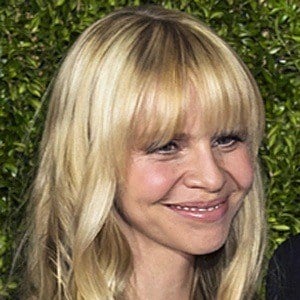 Best recognized as the wife of former Frasier star Kelsey Grammer, she has also worked in the TV industry in a variety of roles.

She was working as a flight attendant when she and Grammer began dating in 2010.

She has worked as a producer and camera assistant on shows like The ½ Hour News Hour and Tabatha's Salon Takeover.

She and Grammer had three children together: Faith Evangeline Elisa, Kelsey Gabriel Elias, and Auden James Ellis. Her father, Alan Walsh, is a renowned English footballer.

In 2011, she acted in the television series Boss alongside Connie Nielsen and Hannah Ware.

Kayte Walsh Is A Member Of