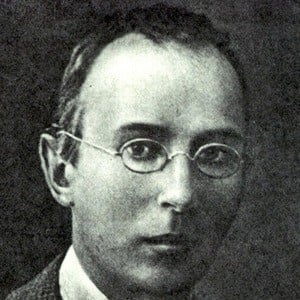 Lithuanian linguist and philologist who was known for his work on the Lithuanian language. He helped discover that the homeland of the Lithuanians and other Baltic peoples had been just north of Ukraine in the area around the Pripyat River.

He was appointed as personal secretary to Lithuanian linguist Kazimieras Jaunius.

His parents raised him in Paziege, Lithuania.

Kazimieras Buga Is A Member Of

Born In 1879
Born in Lithuania
Scorpios