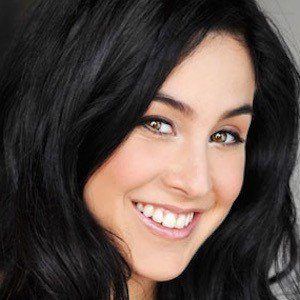 Known best for her voice acting and singing work in Equestria Girls: Rainbow Rocks and My Little Pony: Friendship is Magic, Evans also pursued work as a ballet dancer and opera singer.

Before becoming known as a voice actress, she trained at the Central Pennsylvania Youth Ballet, the Richmond Academy of Dance, and the Goh Ballet and competed on a Canadian reality talent program called Triple Sensation.

She earned an undergraduate degree in vocal performance with an opera concentration and went on to perform with the Vancouver Opera, the Royal City Musical Theatre, and several other professional Canadian arts organizations.

She was born and raised in Vancouver, British Columbia, Canada.

She and fellow Canadian voice actress Ashleigh Ball both contributed to the My Little Pony movies.

Kazumi Evans Is A Member Of