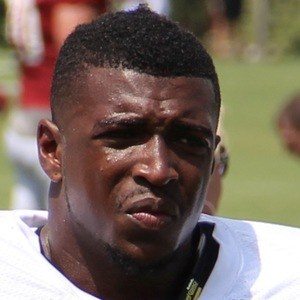 First round selection of the Atlanta Falcons who helped lead the team to a Super Bowl birth in 2017 as a rookie. The Falcons safety was drafted out of the University of Florida.

In his junior year of high school, he recorded 151 tackles and 4 interceptions.

The Pro Football Writers Association named him to the All-Rookie Team after a year in which he recorded more than 100 tackles and forced 5 fumbles.

His brother Clinton Hart was an NFL player as well.

He and Vernon Hargreaves both played defensive back positions on the same Florida Gators roster.

Keanu Neal Is A Member Of