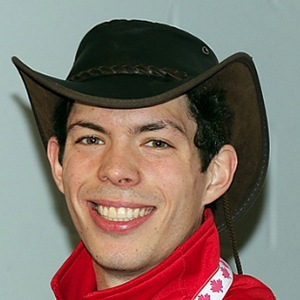 Accomplished figure skater who represented Canada at the 2018 Winter Olympics and at the 2018 World Championships. He also won the 2018 Nebelhorn Trophy and took home a silver medal in the Grand Prix of Figure Skating at the 2018 Skate Canada International.

He began skating when he was just 3 years old after watching the 1994 Winter Olympics.

He became the International Cup of Nice champion in both 2011 and 2012.

His father Bob is a firefighter and his mother's name is Sally. He announced his engagement to his girlfriend Lane Hodson in October 2018.

He has named medal-winning figure skater Elvis Stojko as one of his biggest influences.

Keegan Messing Is A Member Of