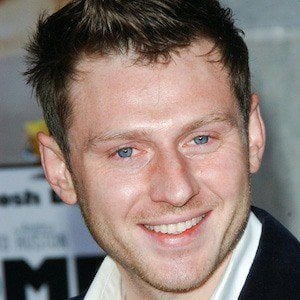 Australian actor who played roles in the popular films Wedding Crashers and Paul Blart: Mall Cop. He also had a recurring role on the television series United States of Tara in 2011.

He moved from Australia to Massachusetts when he was eight years old and later was awarded with a Massachusetts High School Drama Guild Acting Scholarship in 1996.

He appeared with Vince Vaughn on his Wild West Comedy Tour that stopped in 30 cities in 30 days across the United States.

He was born to an Australian-Irish father and English mother and grew up with an older brother, Patrick.

He appeared with Josh Duhamel in the 2010 film When in Rome.