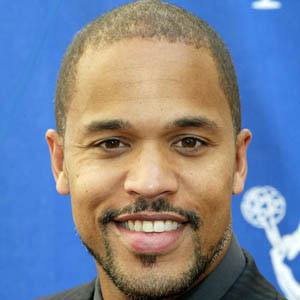 Known for playing Noah Keefer on the soap opera All My Children and Tyr Anasazi on the science fiction series Andromeda, this New York-born screen actor also had a career as a stage performer, appearing in a New York production of Shakespeare's A Midsummer Night's Dream.

After graduating from the famous Tisch School of the Arts at New York University, he portrayed Jesus in a 1995 movie titled Eyes Beyond Seeing.

Before joining the cast of Andromeda, he appeared in episodes of BeastMaster, Suddenly Susan, and Boston Common.

He grew up in North Tarrytown, New York.

For their work on All My Children, he and actress Sydney Penny shared the 1996 Soap Opera Digest Award for "Hottest Romance."

Keith Hamilton Cobb Is A Member Of