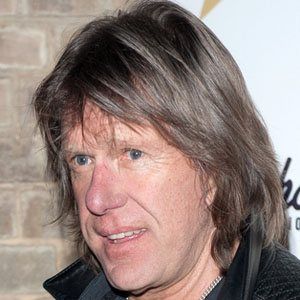 One of the most technically accomplished rock keyboardists, and composers who was a member of the bands The V.I.P.'s, The Nice, and Emerson, Lake & Palmer. He has been featured on several film soundtracks, including Nighthawks, Inferno, and Godzilla: Final Wars.

He studied classical music as a child.

He was known for incorporating a Moog synthesizer into his music, and became the first artist to go on tour with one.

He had two sons, Aaron and Damon, with Elinor Emerson, whom he married in 1969 and later divorced.

He co-founded the supergroup The Best with Who bassist John Entwistle.

Keith Emerson Is A Member Of