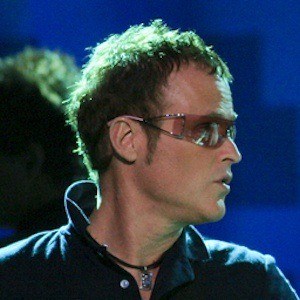 Multi-instrumentalist who was one of the founding members of the American new wave band The B-52's. With The B-52's, he is best known for his work as lead guitarist as well as having had played keyboards for the band.

He joined The B-52's as a drummer initially but switched to guitar after a band member passed away in 1985.

He was interviewed in the 2008 documentary A Life in the Death of Joe Meek.

He is from Athens, GA.

Both he and Fred Schneider were members of The B-52's

Keith Strickland Is A Member Of