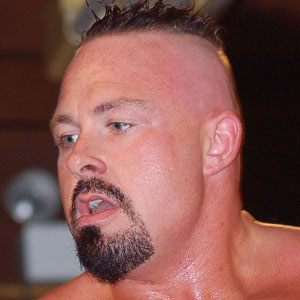 Professional wrestler best known as one half of the tag team duo SkullKrushers with Rasche Brown. He is a champion in promotions like Pro Wrestling Noah, World League Wrestling and Wrestling Superstars Live.

He was an amateur wrestler, football player and baseball player at North Park University.

He and Rasche Brown set a record for the longest reign as NWA World Tag Team Champions.

His father passed away in August 2010.

He wrestled Chris Masters for the WLW Heavyweight title in 2008.

Keith Walker Is A Member Of