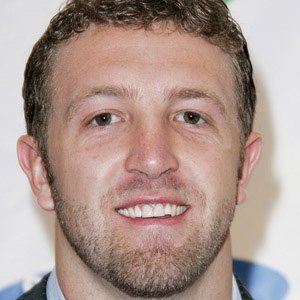 Journeyman quarterback in the National Football League who was selected in the second round of the 2006 NFL Draft by the New York Jets after playing his college ball at the University of Oregon.

He led his Burns Hilanders high school program to an Oregon state 3A championship game in 1999 and received USA Today All-American honors. He was the Oregon Gatorade Player of the Year.

Off the field, he is a sixth generation cattle rancher, as he grew up herding cattle on his family's 3,500-acre ranch.

He and his wife Nicole have two children. He has four sisters.

He was drafted by the Jets to serve as the backup quarterback to Chad Pennington.

Kellen Clemens Is A Member Of