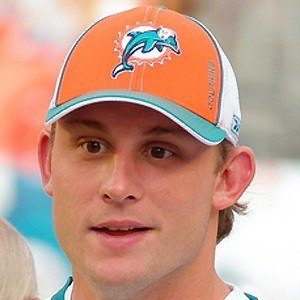 Former NFL quarterback who played 11 seasons for the Jets and Dolphins; retired with the NFL record for highest completion percentage with at least 1,500 attempts (66.05 percent).

He played baseball, basketball, and football at Webb School of Knoxville in Tennessee.

He was selected in the first round of the 2000 NFL Draft by the New York Jets.

His father Elwood and mother Denise were both teachers, and his father also coached football.

Chad Pennington Is A Member Of