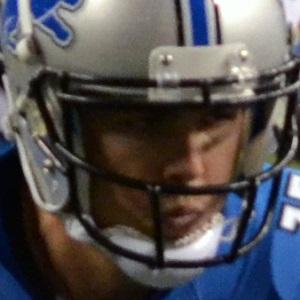 Star quarterback at Boise State who led the team to a 50-3 record during his four years with the team. He became a backup for the NFL's Detroit Lions in 2012.

His father Tom Moore was his head football coach at Prosser High School.

Because he didn't have great size and didn't play against top competition, he went undrafted in 2012 after graduation.

He married Julie Wilson, his high school sweetheart, in July of 2011.

He and Doug Martin helped lead a dominant offense at Boise State.

Kellen Moore Is A Member Of