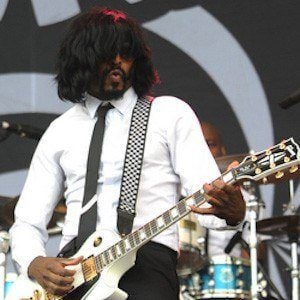 Versatile guitarist who has written, produced and arranged music across a wide range of genres, including funk, rock and R&B. He has toured the world with a number of big name artists, most notably Janelle Monae, with whom he began working in 2006.

His first job as a touring guitarist came when he was a teenager, when he was enlisted as a member of saxophonist Maceo Parker's band.

He is mentioned by name in Janelle Monae's song "Cold War" from her 2010 album The ArchAndroid.

In addition to Maceo Parker, he is the nephew of Melvin Parker, who played in James Brown's band.

He toured Brazil with Amy Winehouse shortly before the singer's death.

Kellindo Parker Is A Member Of