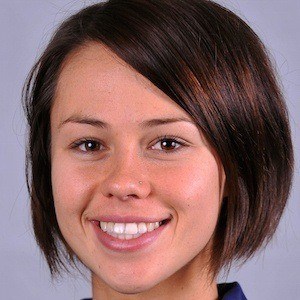 Australian paralympic athlete who medaled at the 2012 Paralympic Games. She won a gold medal in the long jump and silver in the 100m. She had her right leg amputated above the knee when she was 15 and is classified as a T42 runner.

Before becoming a runner, she was a competitive netball player.

In 2009, she climbed Mt. Kilimanjaro, becoming the first woman with an above knee amputation to do so.

Her parents are Bill and Jan. She and her husband Ryan Miller welcomed a son in January 2016.

She joined Evan O'Hanlon in competing for Australia in the 2012 Paralympic.

Kelly Cartwright Is A Member Of